The City of Newburgh has an active and vibrant waterfront, and planning is ongoing on how to continue to add vibranc 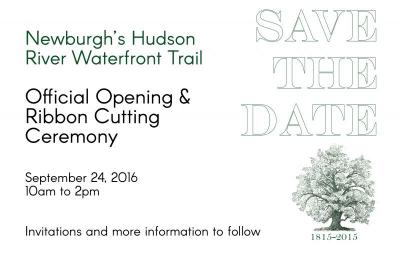 y to land that is currently underutilized. The following initiatives are ongoing or completed.

As of September 2015, the City of Newburgh has updated zoning. The City's Waterfront is now covered by two Form-Based zones, Waterfront Gateway 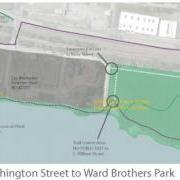 and Planned Waterfront District. These zones govern the basic rules for development and offer a general view of the City's vision for waterfront development in the future.

The City of Newburgh currently has three waterfront parks, two waterfront piers/ docks, and a Boat Launch. The City is also part of the Hudson River Greenway and is developing our waterfront Greenway as part of the Trail of Two Cities with Beacon. View other parks in the area:

The seven-acre remediated superfund site has been officially opened to the public as of March 2016.

Information regarding its Superfund status can be found:

A participatory public planning process has begun and will continue through at least December 2016. This will coincide with the update to the Local Waterfront Revitalization Plan. The City is not currently actively soliciting ideas or interest for permanent uses. A formal request for ideas will most likely be solicited through a formal Request for Proposals that will take place following the completion of the LWRP in 2017 or later. This webpage will be updated to include all notices relating to any solicitation for ideas or interest. The following public opening dates have been scheduled: