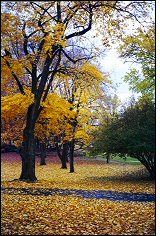 The Downing Park Planning Committee is a grassroots community group that formed in the late 1980s to revitalize a neglected historic treasure in Newburgh - Downing Park. Incorporated in 1987, the DPPC is a not-for-profit, tax-exempt corporation. Its efforts on behalf of Downing Park are governed by a contract with the park's owner, the City of Newburgh.

In 1989, the Committee contracted with Landscapes, Inc. to create a Master Plan to guide the rehabilitation of this incredible landscape. The Master Plan received a 1991 New York State Preservation League Award and the 1992 Public Space Award from the Connecticut Chapter of the American Society of Landscape Architects. The Preservation League commented that this Master Plan could serve as a "model for historic parks nationwide."

Members of the Committee

Members of the Committee act as stewards of this historic park. In the late 1990s, in keeping with the Master Plan rehabilitation schedule, the Committee raised over $300,000 in grants and contributions to begin work on our first major project. The Polly Pond was dredged, and the entire area received a much-needed facelift with the addition of new park benches, path improvements, and lighting. The Shelter House, formerly used to change into skates when the pond was open for skating, was totally renovated. It is now the home of the first Visitors Center for the City of Newburgh, staffed by the Downing Park Planning Committee.

Bringing people back into the park is key to the success of the revitalization process. Each year DPPC members host a variety of community events for local residents and actively recruit other community groups to bring their events into the park. We host a Farmers Market and a community concert series in the summer. We also showcase local artists in the Visitors Center and hold a series of children's events including the annual Easter Egg Hunt and Halloween Parade. Our buildings and grounds committee is actively planting new gardens to introduce future generations to the natural beauty of this landscape treasure.