Office of the Chief of Police 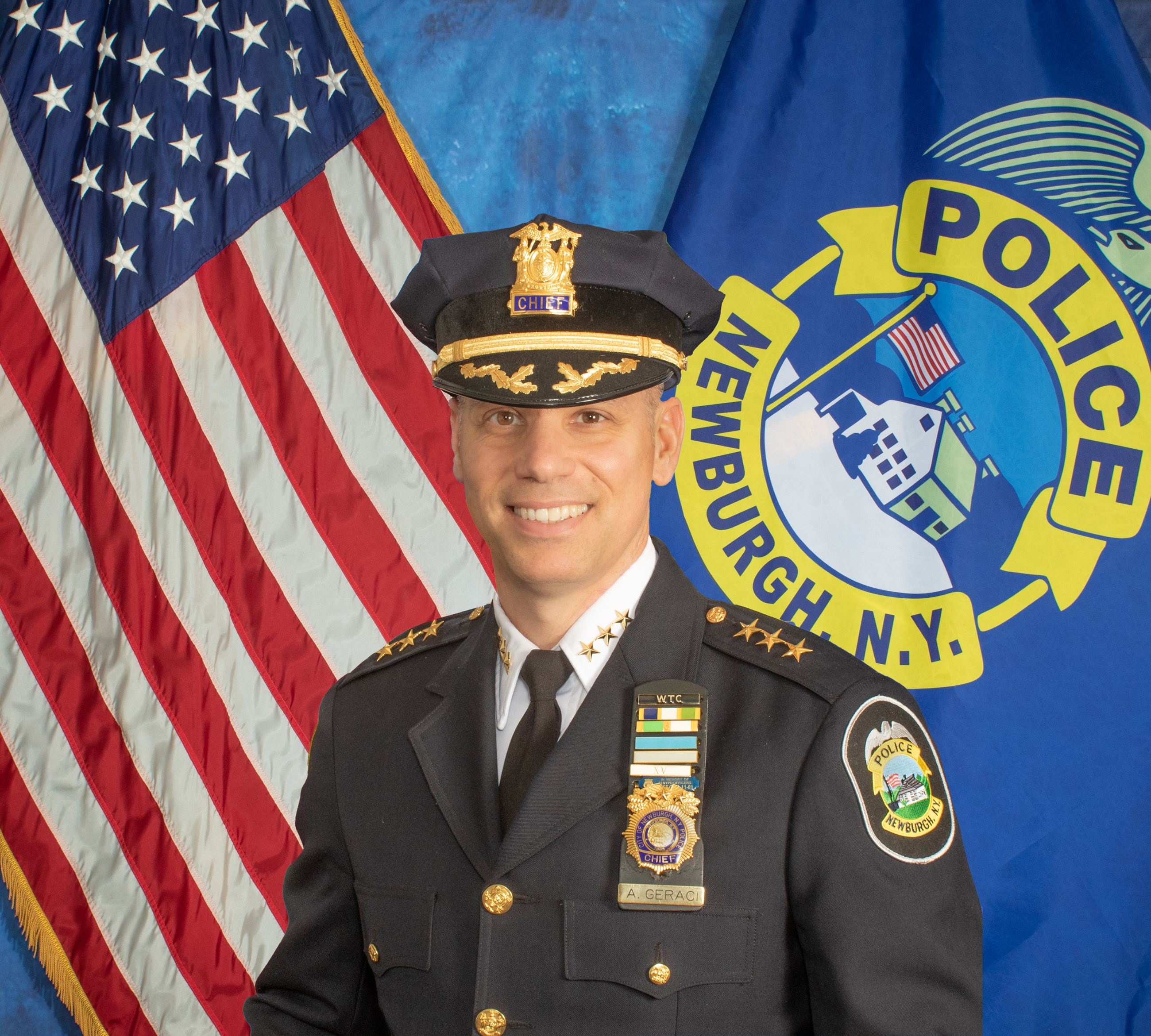 Chief Anthony W. Geraci is a 23-year veteran of New York State law enforcement, beginning his career in 1998 with the New York City Police Department. While with the NYPD he was assigned to the 113th Precinct, Transit District 1, Midtown North Precinct, Anti-Crime Unit and the Police Academy as a physical fitness and tactics instructor. In 2003, he joined the City of Albany, New York Police Department where he served in a variety of capacities. His last assignment was the Commanding Officer of the Neighborhood Engagement Unit (NEU) which was a citywide unit comprised of beat officers, community service officers, school resource officers, prevention services unit, anti-violence coordinator, youth aide, and the Police Athletic League. He formerly served as the Commanding Officer of the Training Unit and Director of the City of Albany Police Academy. He retired from the Albany Police Department in July 2019 to become the Chief of Police for the city of Watervliet. In August 2021 Anthony became the Chief of Police for the city of Newburgh and continues to proudly serve in that role.

Chief Geraci has provided Procedural Justice and Implicit Bias training to police agencies across New York State as a Master Instructor, as well as a serving as a technical advisor for various programs delivered by NYS DCJS (Division of Criminal Justice Services). Additionally, he serves as an at-large nationwide instructor for ABLE (Active Bystandership for Law Enforcement) through Georgetown University’s Center for Innovations in Community Safety.

Chief Geraci attended session #80 of the FBI Law Enforcement Executive Development Seminar (LEEDS). He holds a Bachelor of Science from John Jay College of Criminal Justice and a Master of Public Administration from Marist College. He has served as an adjunct professor at the State University of New York at Albany, School of Criminal Justice and Columbia-Greene Community College. He is a member of International Association of Chiefs of Police, New York State Association of Chiefs of Police, Mid-Hudson Chiefs of Police and Orange County Chiefs of Police. He additionally serves as an Executive Fellow with the National Policing Institute and as a Board Member for the (NYPD) Det. Rafael Ramos Foundation.

Anthony is married to his wife Jackie and has four children.